If you have a computer it is recommended to download and play the .exe version of this game here: https://jordanwinslow.itch.io/the-watchers instead! But if you only have a tablet or phone to play it on, you found the right place!

The Watchers is an interactive narrative experience like no other.

Featuring a complete, original soundtrack, unique sound effects, meaningful decisions and multiple endings, the goal of this game is to change the way you look at the world, but also....sometimes just scare the **** out of you.

You have played visual novels before, or at least heard of them, but The Watchers is somewhat different from the standard format. I consider it a "Film Novel" because the majority of the game is made up of real life 1080p video recordings to create an experience almost like living a movie.

Hey guys, my name is Jordan Winslow. I am a professional music producer and composer who decided to make a video game. Strange, right? Well, not really. Music and sound is 70% of what you experience when you watch or play something, so I decided that making my own game would not only be a great way to showcase my music and sound design, but by building a custom score for the game as I produced it, I thought this may create a seriously powerful sense that you are in this game world.

However there was one huge hurdle to me making a game: I can't draw. I can't afford to pay someone to draw. I don't know anyone who will draw for free.

How did I overcome this? I made my game using exclusively Creative Commons video footage and images I found online. I spent many hours finding the perfect videos and pictures to suit each scene in the game and then I edited the videos to make them fit the tone or setting more suitably.

Please tell me how you think I've done in this attempt, as the end goal when this game is finished is to have an immersive experience that makes you feel as if you truly are in the game world!

IF YOU WANT TO BE A PART OF THE DEVELOPMENT OF THIS GAME:

I am looking for someone to help me design the user interface, configuration menu, and all the decision buttons for the game. This is a task I can accomplish myself with free tools online, however if there is anyone out there who wants to be a part of this project and contribute their work for free, I would love to have a custom GUI and message window designed for this game! You will of course be featured at the top of the credits along with your websites.

Where did I get the idea for this game?

This game is based heavily on the book "Thiaoouba Prophecy" written by Michel Desmarquet which, according to him, is a 100% true testimony about his abduction by aliens. You decide what to believe, I'm just here to make the best game I can!

Haha nope, I abandoned the project because I knew only like 5 people would ever play it. There is, however, one complete route in the game which is the "Don't Trust" route, and I think it's worth playing that route to completion. 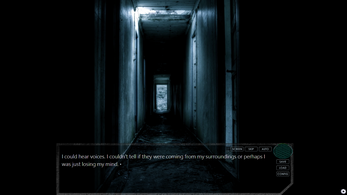 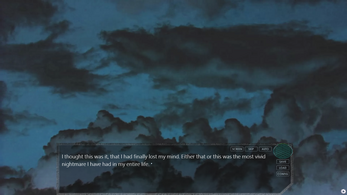 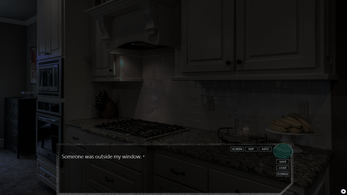 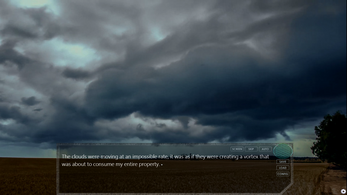 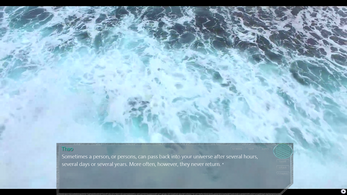 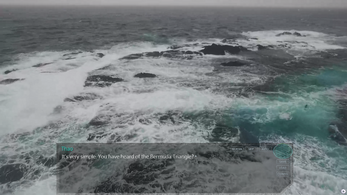